1. The History of WWII Podcast

About Podcast A history podcast looking at all aspects of WWII, military history, social history, the battles, the campaigns, tanks, gun and other equipment, the politics and those who ran the war. I look at it all.With WW2 slipping from living memory I aim to look at different historical aspects of the Second World War. In each episode of the WWII Podcast I interview an expert on a subject. No topics are out of bounds (as yet), and I cover the military history side of the war as well as looking the home front. Frequency 2 episodes / month Podcast ww2podcast.com/category/ww2-..
Facebook fans 10K ⋅ Twitter followers 1.7K ⋅ Domain Authority 32ⓘ

New Orleans, LA About Podcast A podcast from The National WWII Museum analyzing how World War II has been depicted on film. Service on Celluloid is a captivating podcast that takes a deep look at depictions of World War II on film over the last 70-plus years. Frequency 1 episode / month Podcast nationalww2museum.org/war/se..
Facebook fans 305.5K ⋅ Twitter followers 34.5K ⋅ Domain Authority 66ⓘ

5. Warriors In Their Own Words | First Person War Stories

About Podcast Remarkable stories of war told by the men who fought for a proud nation. Their words. Their voices. Our first episodes tell riveting stories from World War II, then we move on to the Vietnam War and other dramatic conflicts. Frequency 1 episode / year Podcast warriorsitow.libsyn.com
Domain Authority 17ⓘ

Norwich, UK About Podcast Hello! I'm Paul Cheall, the son and editor of my late father Bill Cheall's second world war memoirs, Fighting Through From Dunkirk to Hamburg. I live in Norwich, Norfolk, UK. Since Dad's WWII memoirs were published by Pen and Sword, I've been in contact with the families of several of his former comrades. The amazing amount of original, unpublished WW2 material I've been sent inspired me to produce a podcast to share with the whole world what these brave men, women and boys went through. Frequency 3 episodes / quarter Podcast fightingthroughpodcast.co.uk
Twitter followers 1K ⋅ Social Engagement 1ⓘ ⋅ Domain Authority 23ⓘ

About Podcast A sister project of Casus Belli, the Saga of World War 2 is a podcast with one purpose; to cover the entire second world war from start to finish. An immense task but one that hopefully many will find interesting and informative. Frequency 2 episodes / quarter Podcast casusbellipodcast.com/worldwar2
Domain Authority 3 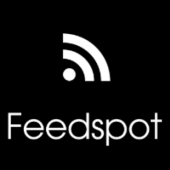