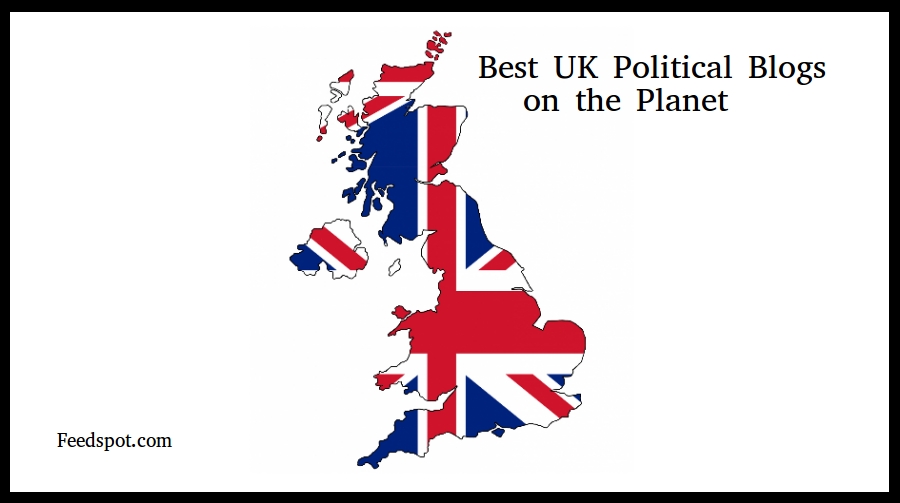 The best UK Political blogs from thousands of blogs on the web and ranked by traffic, social media followers, domain authority & freshness.
Promote Your Blog
Get Bloggers Contacts
Spreadsheet
×
Contents
By Category

UK
The Huffington Post is the destination for the best UK Political news and blogs .
huffingtonpost.co...
288.9K⋅ 52.9K ⋅4 posts / day Get Email Contact

UK
Paul Staines, otherwise known as Guido Fawkes, certainly lives up to his pseudonym. His blog, which is described as a 'discussion on parliamentary plots, rumours & conspiracy' is nothing short of explosive. Not content with simply dissecting the murky goings-on in Westminster, Staines breaks the news that politicians don't want you to hear, & you get the impression he's enjoying every minute.
order-order.com
55.2K⋅ 386.7K ⋅30 posts / week Get Email Contact

Scotland, UK
We are the world's most-read Scottish politics website. Wings Over Scotland is a Scottish political website, which focuses particularly on the media, whether mainstream print and broadcast organisations or the online and social-network community, as well as offering its own commentary and analysis.
Also in Scottish Political Blogs
wingsoverscotland.com
31.4K ⋅9 posts / week Get Email Contact

London, England, UK
Politics.co.uk is an impartial political website with no political affiliation, which prides itself on standing out as an independent voice in a landscape where the norm is to nail your colours to the mast. Up to the minute UK political news, features, view and analysis, plus guides, briefings and debate.
Also in UK News Websites, UK Political Magazines
politics.co.uk
11.3K⋅ 59.3K ⋅13 posts / week Get Email Contact

London, England, UK
Founded by Tim Montgomerie who has been described as 'one of the most influential Tories outside of the cabinet', Conservative Home was created as a hotspot for grassroots Conservative supporters. With a Tory Diary and a Majority section to explore how the Conservatives can win a majority at the next election, Conservative Home delivers all you need from the right end of the spectrum.
conservativehome.com
4.2K⋅ 108.1K ⋅1 post / day Get Email Contact

UK
LabourList is the foremost independent blog for all things Labour, and a discussion platform for everything from the NHS to the EU. While taking a mostly centre-left position, LabourList encompasses a broad range of progressive views, providing analysis and commentary on news from Westminster, local government and the Labour party itself.
labourlist.org
19.2K⋅ 80.1K ⋅21 posts / week Get Email Contact

London, England, UK
WE launched The Conservative Woman in 2014 as a counter-cultural offensive against the forces of Leftism, feminism and modernism - against the left-liberal cultural zeitgeist, to counter its anti-family, authoritarian identity politics and 'equality and diversity' ideology which had swept through the country's institutions.
Also in Conservative Women Blogs
conservativewoman...
5.9K⋅ 23.4K ⋅7 posts / day Get Email Contact

UK
Left Foot Forward is a political blog for progressives. We provide evidence-based analysis on British politics, news and policy developments. We are focused purely on the quality of policies and furthering progressive goals, rather than on promoting individual politicians and parties.
leftfootforward.org
18.8K⋅ 63.3K ⋅2 posts / day Get Email Contact

Slugger O'Toole is an award winning news and opinion portal, which takes a critical look at various strands of political politics in Ireland and Britain. It tries to bring its readers 'open source analysis' from both the mainstream media and the blogosphere. And we are constantly on the look out for opportunities to add value to the debate of matters of regional, national and international concern.
Also in Ireland Political Blogs
sluggerotoole.com
14.9K⋅ 44.5K ⋅2 posts / day Get Email Contact

15. UK in a changing Europe

UK
The UK in a Changing Europe is a think-tank which promotes rigorous, high-quality and independent research into the complex and ever changing relationship between the UK and the European Union (EU). It provides an authoritative, non-partisan and impartial reference point for those looking for information, insights and analysis about UK-EU relations that stands aside from the politics surrounding the debate.
ukandeu.ac.uk
2.8K⋅ 41.1K⋅ 280 ⋅2 posts / day Get Email Contact

UK
The SKWAWKBOX provides news, politics, insights, and inside information from the left. Follow to get updates.
skwawkbox.org
30.8K⋅ 72.2K ⋅2 posts / day Get Email Contact

17. A Brief History of Politics & Philosophy

A history of political and philosophical ideas, but not for experts. It is a summary of western political ideas starting at the birth of politics with the ancient Greeks and ending at the present day. It is almost entirely based on Alan Ryan's book 'On Politics, A History of Political Thought from Herodotus to the Present', but is aimed at anyone just looking for an introductory summary.
historyofpolitics...
2.8M ⋅1 post / week Get Email Contact

London, England, UK
Nick Tyrone is a writer whose articles have been featured in the New Statesman, Total Politics, the Huffington Post, Lib Dem Voice and Conservative Home. He is also an Associate Director at CentreForum, the liberal think tank, but writes here in his own capacity.
nicktyrone.com
72.3K ⋅1 post / quarter Get Email Contact

Scotland, UK
Stay updated with the latest news on Scottish Politics with Bella Caledonia. Read about Scotland, UK, anti-capitalism, civil liberties, policies, and much more. Bella Caledonia is an online magazine, based in Scotland, exploring ideas of independence, self determination and autonomy.
bellacaledonia.org..
13.7K⋅ 62.8K ⋅1 post / week Get Email Contact

UK
Rachael Swindon is a activist, determined, opinionated mum. She is a person not a politician. Take a look around.
rachaelswindon.blo..
99.4K ⋅1 post / week ⋅ Dec 2016 Get Email Contact

England, UK
Naked Politics is a brand new political blog dealing with the latest political news, debates, and political issues affecting the world today. We are different to other political websites because we are naked: transparent, honest and agenda-free.
nakedpolitics.co.uk
5.3K⋅ 674⋅ 245 ⋅2 posts / week Get Email Contact

UK
KJM Today brings you lively views and debates from inside the worlds of social affairs, politics, and aviation. Including insiders opinions, interviews and insights.
kjmtoday.com
76 ⋅9 posts / week Get Email Contact

UK
The home of Free Nations, The 1993 Treason Charges, the BDI and the criteria for a Fair Referendum. Rodney Atkinson is one of Britain's most successful political economists, an expert on the constitutional effects of British membership of the European Union and a former occasional advisor to ministers.
freenations.net/blog
1 post / month Get Email Contact

London, England, UK
Follow us to keep up with The Guardian's Blog on politics, politicians and geopolitical news.
theguardian.com/po..
8.5M⋅ 10.9M ⋅1 post / year Get Email Contact

London, England, UK
Total Politics is the UK's leading online political magazine and website. The group specialises in media, events and training focused on politics, government and public policy. We believe in the value of expert insight and engagement. With unique connections to key political and policy leaders, we are a trusted source of news, debate, insights and learning through our portfolio of media titles, leading events and training services.
Also in Political Magazines, British News Magazines
totalpolitics.com
2.1K⋅ 47.6K Get Email Contact

UK
The most read independent Liberal Democrat website, this is a site run by and for Lib Dem members and activists. As well as keeping readers up to date with all the key political news, the site regularly polls its 'members only' section, giving a unique view of political events from a purely Lib-Dem perspective.
libdemvoice.org
8.6K⋅ 22.8K ⋅11 posts / year Get Email Contact

UK
Labour Uncut is the blog to read if you want insight into the trials and tribulations of the Labour Party. Sometimes scathing in its dissection of Labour policy, it also gives opinion on the steps the party must take to win the next general election. Contributors use the blog as a platform to show where it feels the party has gone wrong, what it could do better and how this can happen.
labour-uncut.co.uk
2.1K⋅ 16.3K Get Email Contact

UK
Filibuster UK is a platform for young people to get their opinions published. Filibuster is a non-partisan organisation we don't take sides. Instead, we guarantee all our writers the independence and freedom take sides on the political causes and issues as they so wish.
filibuster.org.uk/..
984⋅ 8.2K Get Email Contact

UK
The latest official UK government news and videos along with links to information released by both the Commons and Lords.
offchan.com
3 ⋅30 posts / year Get Email Contact

Here is a list of most popular UK Political blog post categories and topics to write about:
Past Week
Past Month
Show More