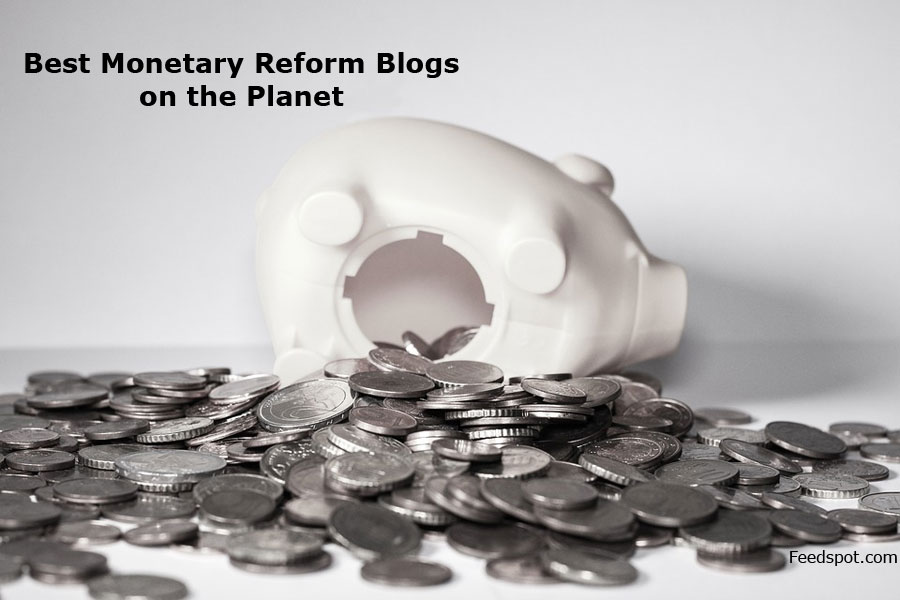 The best Monetary Reform blogs from thousands of blogs on the web and ranked by traffic, social media followers, domain authority & freshness.
Promote Your Blog
Get Bloggers Contacts
Spreadsheet
×
Contents

International Movement for Money Reform is a global movement to democratize money so that it works for society and not against it. We're a coalition of not-for-profit campaigns who are working to tackle an issue that is at the root of many of the social and economic problems that we're facing today.
internationalmoney..
4.1K⋅ 778 ⋅1 post / month Get Email Contact

Washington, District of Columbia, US
A blog devoted to exploring and promoting ideas for an alternative monetary future. Our goal is to reveal the shortcomings of today's centralized, bureaucratic, and discretionary monetary arrangements, and to bring serious consideration of real alternatives to the center stage of current monetary and financial reform debates.
Also in Economics Blogs
alt-m.org
3.5K⋅ 4.6K ⋅7 posts / quarter ⋅ May 2011 Get Email Contact

The Money Illusion is a highly regarded economics blog by Scott Sumner, who teaches at Bentley University. Through his blog, he popularized the idea of targeting the Nominal GDP, an idea which was later endorsed by the Federal Reserve.
themoneyillusion.com
4.2K ⋅4 posts / week ⋅ Feb 2009 Get Email Contact

Washington, District of Columbia, US
David Glanser is an economist in the Washington DC area. His research and writing have been mostly on monetary economics and policy and the history of economics. Uneasy Money is a blog about monetary policy, which means it is also about monetary theory and macroeconomics.
uneasymoney.com
2.6K ⋅2 posts / week ⋅ Jul 2011 Get Email Contact

WMNEG first met in 1994 to apply the ideas of the New Economics Foundation to the economy of Birmingham and the West Midlands. Since then we have developed our own unique response to the practical economic problems of the City and the Region through dialogue with many other organizations and bodies of opinion. We focus on economic activity designed to last and to meet people's basic needs.
goodmorningamerica..
Jun 2016 Get Email Contact

Here is a list of most popular Monetary Reform blog post categories and topics to write about:
Past Week
Past Month
Show More