Top 40 Canadian Political Blogs and Websites To Follow in 2020

About Blog Rabble.ca was built on the efforts of progressive journalists, writers, artists and activists across the country and has a unique role of reporting on stories from civil society while providing a counter balance to corporate-owned media. It provides a needed space for issues, a place to explore political passions and an opportunity to expand ideas. Frequency 1 post / day Since Apr 2001 Also in Canadian News Websites Blog rabble.ca
Facebook fans 20.3K ⋅ Twitter followers 42K ⋅ Social Engagement 174ⓘ ⋅ Domain Authority 69ⓘ ⋅ Alexa Rank 279.2Kⓘ

4. All the Canadian Politics

About Blog Progressive Bloggers is a group of Canadian bloggers who firmly believe that this great country needs to move forward, not backwards. Be they Liberal or liberal, New Democrats or democrats, Green voters or voters who want a green country, or even Red Tories searching for a home, these bloggers believe that Canadian politics should move in a progressive direction. Frequency 21 posts / day Since Dec 2005 Blog progressivebloggers.ca
Social Engagement 3 ⋅ Domain Authority 26 ⋅

About Blog Reddit is a community of millions of users engaging in the creation of content and the sharing of conversation across tens of thousands of topics. A sub-reddit for polite discussions about Canadian politics. Frequency 27 posts / day Blog reddit.com/r/CanadaPolitics
Facebook fans 1.4M ⋅ Twitter followers 674K ⋅ Social Engagement 4.7K ⋅ Domain Authority 91 ⋅ Alexa Rank 18

About Blog Reddit is a community of millions of users engaging in the creation of content and the sharing of conversation across tens of thousands of topics. A sub-reddit for news items and discussion related to politics in Canada. Primarily national, but provincial, regional, and local as well as party stuff and things of historical interest. Frequency 10 posts / week Blog reddit.com/r/CanadianPolitics
Facebook fans 1.4M ⋅ Twitter followers 674K ⋅ Social Engagement 2.3K ⋅ Domain Authority 91 ⋅ Alexa Rank 18

Winnipeg, Canada About Blog Canadian Dimension is published four times per year. We are a magazine which shows there is an alternative to the corporate agenda and the dictates of the global market; that the dream of a better society is still alive. Frequency 7 posts / weekAlso in Canadian Magazines Blog canadiandimension.com
Facebook fans 6K ⋅ Twitter followers 3.8K ⋅ Social Engagement 225 ⋅ Domain Authority 54 ⋅ Alexa Rank 1M

20. Politics and its Discontents

23. On procedure and politics

26. Tracking the Politics of Criminalization and Punishment in Canada

Ottawa, Ontario About Blog Earl has a BA from Carleton University in Political Science with a concentration in Canada politics. He concentrates his contributions to Canadian politics, and his passion of curling. Most Canadian election maps on Wikipedia were uploaded by him (User:Earl Andrew). His interest in politics and cartography has led him to create this site. Since Sep 2010 Blog canadianelectionatlas.blogsp..
Twitter followers 1.4K ⋅ Domain Authority 1 ⋅

About Blog Joerge Dyrkton attended Trent University in Peterborough, Ontario where he graduated with an Honours B.A. in History. This blog is his thoughts on Canadian Political Culture: Criticisms, Reviews and the Poverty of Parliament. Frequency 1 post / week Since Dec 2008 Blog joergedyrkton.blogspot.com
Domain Authority 7 ⋅

Toronto, Ontario About Blog Canada Socialist Party are always devoted to the people. We as a Socialist Party of Canada delivers as per the expectation. Frequency 6 posts / year Blog canadasocialistparty.ca/blog
Facebook fans 9 ⋅ Twitter followers 15 ⋅ Domain Authority 3 ⋅

Canada About Blog Equal Voice is a national, bilingual, multi-partisan organization dedicated to electing more women to all levels of political office in Canada. Equal Voice regards the equal representation of women in Canada's Parliament, in our provincial legislatures, and on municipal and band councils, as a fundamental question of fairness for women in terms of their access to Canada's democratic institutions. Since Aug 2017 Blog equalvoice.ca
Facebook fans 7.9K ⋅ Twitter followers 14.3K ⋅ Social Engagement 1.3K ⋅ Domain Authority 43 ⋅ 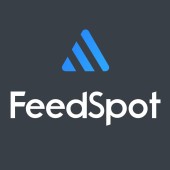