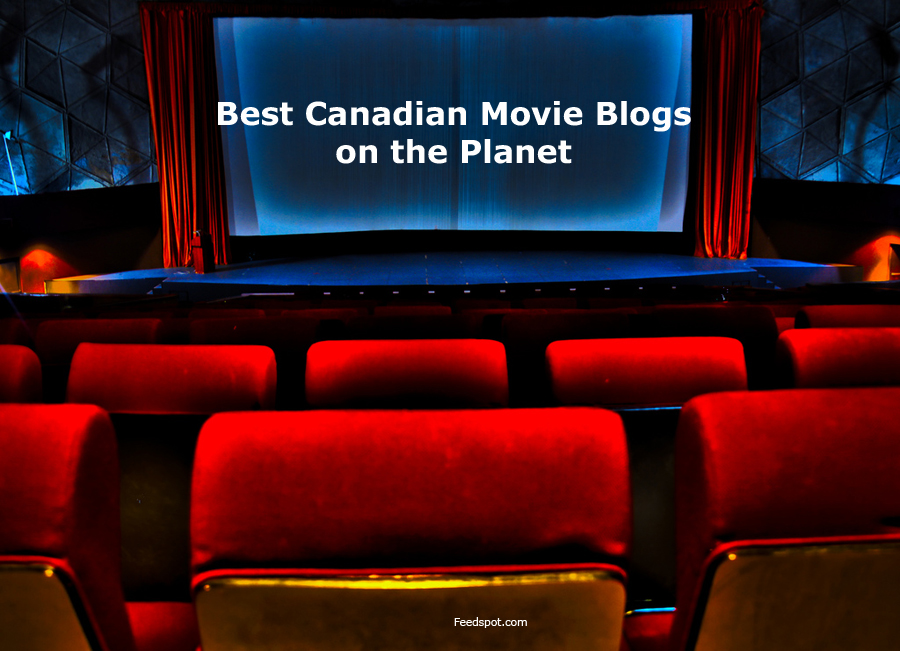 The best Canadian Movie blogs from thousands of blogs on the web and ranked by traffic, social media followers, domain authority & freshness.
Promote Your Blog
Get Bloggers Contacts
Spreadsheet
×
Contents

Canada
Get Reel Movies website and podcast was founded on the belief that people need to start getting real with movies. Our team of writers brings you the latest film and TV reviews.
getreelmovies.com
7K⋅ 2.5K ⋅2 posts / week ⋅ Mar 2016 Get Email Contact

Toronto, Ontario, Canada
In The Seat won't just review, but we'll have news, opinion pieces and anything else we can dream up relating to the worlds of cinema, TV and beyond. We're all about creating as wide of a discussion as we possibly can and bringing you a diverse selection of experienced writers that you as an audience can engage with so you can find out news on the latest releases, or something a little more under the radar that we think might be pretty cool, either at screens in Toronto or across the globe.
intheseats.ca
558⋅ 1.5K⋅ 656 ⋅1 post / day ⋅ Feb 2015 Get Email Contact

Vancouver, British Columbia, Canada
Hollywood North publishes news on the Canadian film industry five days a week, highlighting homegrown and independent film and television projects. We have been hard at work since 2015 to be a forum where readers can inform themselves about the diverse opportunities out here, and make the vital connections pertinent to their filmmaking careers.
hnmag.ca
461 ⋅5 posts / week ⋅ Jan 2015 Get Email Contact

Canada
A trusted news source amongst the stars, the industry and the viewers, the nation's entertainment powerhouse, ET Canada has earned a reputation for honest, sensible, high-quality reporting - covering everything from music to film, television to sports, theatre to fashion, award shows to special events.
etcanada.com/movies
248.7K⋅ 387.3K⋅ 183.9K ⋅6 posts / day Get Email Contact

9. The Academy of Canadian Cinema & Television

Canada
The Academy of Canadian Cinema & Television is a national, non-profit, professional association dedicated to the recognition and celebration of exceptional achievements in Canadian film, television and digital media. Unifying industry professionals across Canada, the Academy is a vital force representing all screen-based industries.
academy.ca
21.6K⋅ 39.3K ⋅2 posts / month Get Email Contact

Toronto, Ontario, Canada
Follow us to keep up with articles from Exclaim.
exclaim.ca/all/news
56.3K⋅ 21.6K ⋅18 posts / week Get Email Contact

Canada
National Canadian Film Day has always been about encouraging all Canadians to celebrate the incredible achievements of our nation's filmmakers.
canadianfilmday.ca
5.8K⋅ 6.9K ⋅1 post / year Get Email Contact

Canada
Cartoon North was founded in 2008 as Canadian Animation Resources. The goal then, as it is now, is to bring together the Canadian Animation community in a positive and meaningful way, and to provide access to jobs, news, and other resources.
Also in Canadian Animation Blogs
canadiananimationr..
14.6K⋅ 2.2K ⋅8 posts / quarter ⋅ May 2009 Get Email Contact

Kingston, Ontario, Canada
The mission of KCFF is grounded in the belief that Canadian film and filmmakers are distinctive and vital to our country's culture. We seek to develop an audience for our national cinema by celebrating and showcasing Canadian film and by supporting and encouraging Canadian film production.
kingcanfilmfest.com
4.6K⋅ 5.3K⋅ 1.9K ⋅2 posts / month Get Email Contact

Toronto, Ontario, Canada
The Revue provides opportunities for people to discover, explore and learn through film, arts and culture. We believe it's our role to offer the community something different, whether it is to ensure great films from the past are not forgotten, important but less commercially successful films are properly recognized and special events from a range of cultures and interests have a venue for exhibition.
revuecinema.ca/blog
12.8K⋅ 10.2K⋅ 3.5K ⋅2 posts / year Get Email Contact

Canada
REEL CANADA is a non-profit organization that celebrates Canada through a film. Canadian films are the stories we tell about ourselves, they open the door to so many conversations about place, nation, identity, and what it means to be Canadian.
reelcanada.ca
2.5K⋅ 10K⋅ 1.7K Get Email Contact

Toronto, Ontario, Canada
The Toronto Black Film Festival is dedicated to showing the diversity within the black communities! In connecting black films with viewers of all colors and ethnic origins we recognize the differences that make us unique and celebrate the shared values that bring us together.
Also in Black Movie Blogs
torontoblackfilm.com
9K⋅ 3.9K ⋅5 posts / year Get Email Contact

24. The Film and Video Arts

Edmonton, Alberta, Canada
Film and Video Arts Festival ran April 17-21, 2018. During the week we showcased films by FAVA filmmakers in Best of the Fest screenings with a diverse range of content and style.
fava.ca
Get Email Contact

Toronto, Ontario, Canada
indiefilmTO that we're more passionate about the filmmaker than the film. We do teach you how to get a great producer yourself
Also in Independent Film Blogs
indiefilmto.com/blog
954 Get Email Contact

Toronto, Ontario, Canada
The Scene brings you up to date news and insights on Canadian music, arts, entertainment and movies
thescenemagazine.c..
Nov 2011 Get Email Contact

Ottawa, Ontario, Canada
The Ottawa Canadian Film Festival (formerly known as the Ottawa Indie Fest) is a cultural, not-for-profit organization whose mission is to recognize and celebrate the art of cinema by showcasing independent Ottawa, Canadian and international films by Canadian filmmakers. Our mission is grounded in the belief that Canadian film and filmmakers are distinctive and vital to our country's culture and the development of the local economy.
ocanfilmfest.ca
1.5K⋅ 796⋅ 278 Get Email Contact

Here is a list of most popular Canadian Movie blog post categories and topics to write about:
Past Week
Past Month
Show More